"Fearlessness is the first requirement of spirituality. Cowards can never be moral." -- Mahatma Gandhi

Alan Wallace is a strong voice in scientifically and spiritually progressive circles, urging Western science to broaden its perspective to include the study of consciousness itself, as well as the psychological insights of Eastern wisdom traditions.

A trained physicist and Buddhist practitioner, Wallace holds a doctorate in religious studies, and urges 'mind scientists' - cognitive psychologists, neurologists and neuroanatomists, etc. - to look beyond their current scientific paradigm which has almost completely avoided the subject of consciousness itself, labeling it as 'subjective' and, therefore, beyond the pale of objective, empirical scientific inquiry.

"What people often fail to recognize, however," says Wallace, "is that the very category of the physical, of the mental, is a category that we humans have constructed . . .  and reconstructed over the last four hundred . . . years of science."

"We have created (and) devised, based upon our modes of observations, of measurement (and) of experimentation, exactly what the parameters of the 'physical' are. What is matter? What is not matter? These are human definitions," he points out, "and these definitions have evolved as science has evolved."

"The 'physical' (or) matter, is precisely what the physical sciences are good at measuring," Wallace observes. "But the category, once again, is a physical construct. So the notion that everything in the universe must fit into a construct that we human beings have devised, and then insisting, moreover, that everything in the entire universe must fit into a construct as we have devised it now . . . strikes me as idolatry."

"Thus far," says Wallace, "mainstream science overwhelmingly has assumed that consciousness simply emerges in some as yet inexplicable way from complex configurations of chemical compounds engaging or intereacting with electricity. But no one has proposed exactly how this occurs. " 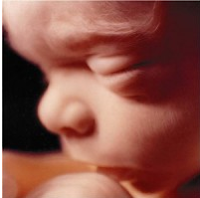 "No one has proposed with any degree of confidence, or any empirical confirmation," he notes, "when in the evolution of life on this planet consciousness first arose and what the conditions were for its arising. Nor do we know in the developoment of the human fetus inside the mother's womb . . . when consciousness first emerges, or what the necessary and sufficent conditions for it doing so (are)."

"The whole of science over the last four hundred years," he observes, "has never devised any sophisticated means for directly observing states of consciousness, the mind, mental processes. Especially over the last century, the overwhelming majority of scientific inquiry into the nature of the mind has been indirect, focusing on what scientists are good at looking at, the physical, the objective the quantifiable." 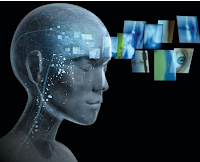 So," he notes, "we are to rely then more on the metaphysical principles of materialism, than we are upon our own immediate experience. As if our own immediate experiences doesn't count and we should rely rather on the scientists' observations, as if they have some special access; and upon their metaphysical assumptions that everything must boil down to matter and the emergent properties of matter.


. . . . . . . . . . . . .
As a polymath scientific advocate who endeavors to bridge the gap between Western scientific paradigms and the trove of psychological insights arising from Eastern wisdom traditions, Wallace tries to build a bridge between two of the most prolific knowledge systems that humanity has developed. He points out that Eastern traditions have always been focused first and foremost on the mind and consciousness, while Western Science has concentrated almost exclusively on the physical - matter, energy, time and space. 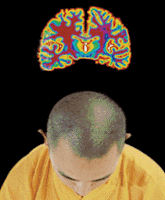 "All that we know of the universe," Wallace notes, "is what the universe reveals to us in response to our questions and our systems of measurement."

Part Two of Wallace's interview, in which Wallace expands upon the fascinating intersection of cutting edge physics, metaphysics and Buddhist thought, continues below.

Turning the Wheel of Dharma

'Bhuddini' is a writer, spiritual seeker and spiritual adventurer.

"Study all religions until you see the 'sameness' in them all," an enlightened man once told me. He showed me that all spiritual paths begin at the same inner door - and that they all end at the same One destination - no matter how they wind along the contours each path naturally folllows.